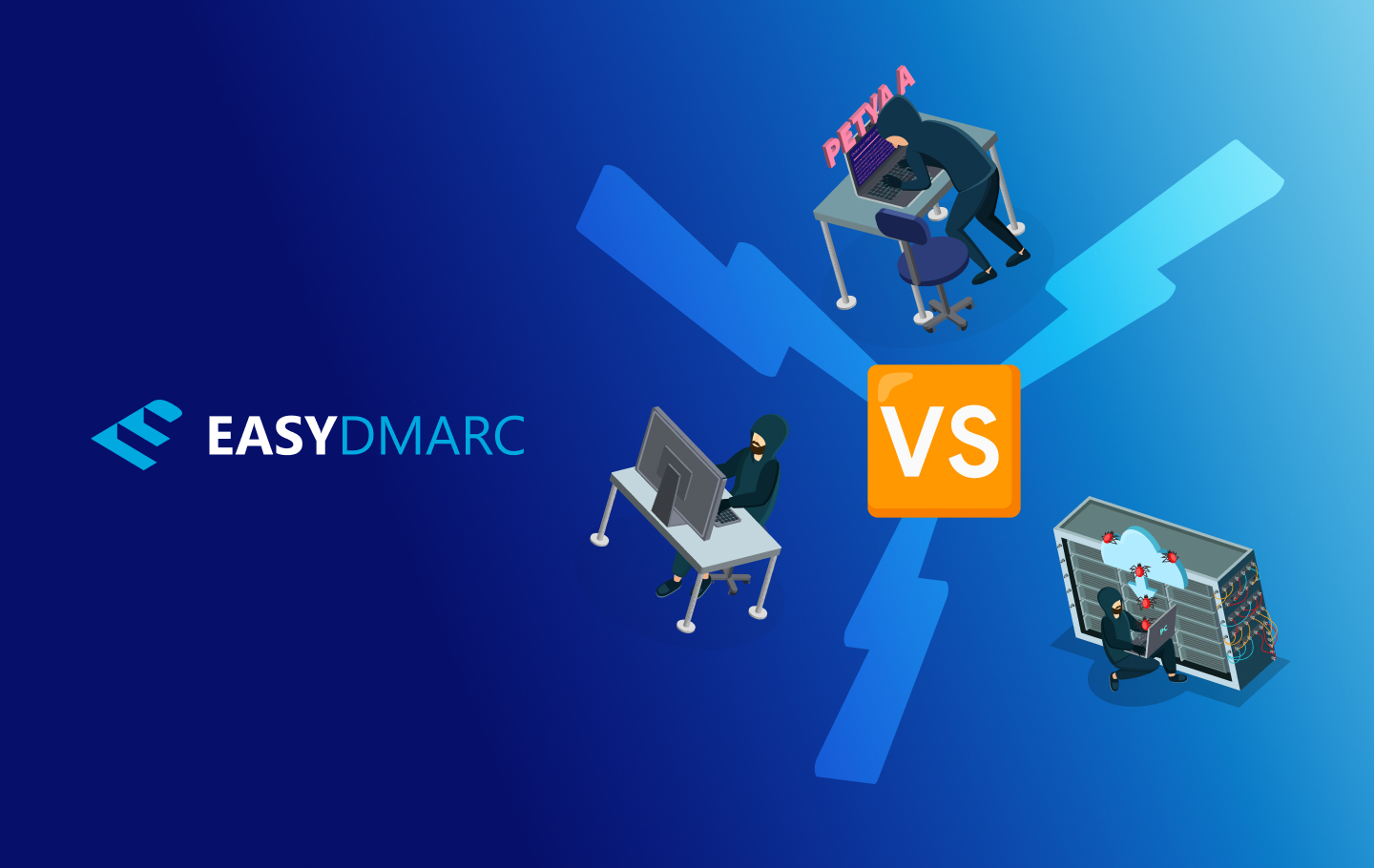 The terms “cyberattack,” “cyber threat,” and “cyber risk” are closely intertwined and often used interchangeably. But they don’t all mean the same thing.

A cyberattack is an offensive activity, whereas a cyber threat is the likelihood of a specific attack occurring. Lastly, a cyber risk typically measures the probability and impact of potential damages due to a security breach.

For example, a Distributed Denial of Service (DDoS) cyberattack is a cyber threat to organizations with online retail websites. The associated cyber risk is usually a loss of revenue and costly domain downtime.

Cyberattacks are never-ending and ever-evolving. If you want to stay ahead of their risks and outcomes, understanding the differences between their stages is crucial. In this article, we’ll talk about the slight but important differences between cyber risk, cyber threat, and cyberattack.

That way, you can adequately prepare and take any proactive measures.

Read on for an in-depth look at these definitions and more.

What is a Cyber Risk?

Any danger of financial loss, disruption, or damage to an organization’s reputation caused by the failure of its IT systems is classified as a cyber risk. Such risks can manifest in various ways, including:

Cybercrime is always hiding around the next corner, whether you’re a small business or a multibillion-dollar company. Without the proper precautions, entities are much more susceptible to such cyberattacks.

What is a Cyber Risk Assessment?

A cybersecurity risk assessment identifies system, data, hardware, or any other vulnerabilities that could be exploited by cybercriminals and then determines the numerous risks that could affect any IT assets.

The broader and more complex your digital operations, the higher your cyber risk. Here are some factors that can contribute to increased cyber risk:

Every company faces the possibility of a cyber breach at some point But knowing your risk level—and how cyberattacks can materialize—can help you plan an effective response.

What is a Cyber Threat?

A cyber threat is the possibility of a cyberattack that attempts to damage, disrupt, or gain unauthorized access to your company’s system or confidential data. Cyber threats can originate from within an organization or from third-party cybercriminals.

However, the danger is in the attacker’s intent and the possible impact. While many cyberattacks are minor annoyances, others are more serious, even posing a risk to human life.

Cybersecurity threats can be classified into three broad categories based on intent: financial gain, disruption espionage, or corporate espionage.

Malicious actors have a wide range of attack strategies at their disposal. Popular cyber threats include:

What is a Cyberattack?

The term “cyberattack” is typically defined as the malicious act of stealing, destroying, exposing, disabling, or altering data via unauthorized access to computer or network systems.

A cyberattack also refers to a politically motivated attack by nations or non-state organizations such as terrorists. Furthermore, this term includes cybercrime—criminal behavior carried out in cyberspace, although the definition changes as cybercrimes become more sophisticated and widespread.

Information and communication technologies (ICTs) are frequently used in cyberattacks to amplify conventional crimes such as intellectual property theft, harassment, and fraud. In addition, other types of crime, such as identity theft, have exploded in cyberspace.

Attacks can have a variety of motivations, ranging from sabotage and espionage to theft, fraud, and ‘hacktivism,’ among others. Additionally, attacks can be targeted, such as the Stuxnet virus attack on Iran’s nuclear systems. They can also be untargeted, such as phishing attacks destined for numerous email addresses.

Cyberattacks exploit flaws in computer systems and data networks or fool individuals into gaining unauthorized access to steal, destroy, or manipulate data and systems. In general, these attacks take one of three forms:

When a Cyber Risk Becomes an Active Cyberattack

Understanding the difference between threats and risks is crucial to comprehend your organization’s risk posture. A company can conduct a more comprehensive cyber risk assessment when the implications are better understood.

Moreover, knowing the differences between a cyber risk, threat, and attack enables better communication between security teams, the C-suite, and vendors, which aid in risk mitigation.

Cyberattacks are difficult to predict ahead of time, if not impossible. You may, however, better prepare for a cybersecurity breach by periodically assessing the risks and threats.

For example, unpatched software, social engineering, and poor password management are currently the leading causes of data breaches. The first step in determining the risk to your assets is to identify threats accurately.