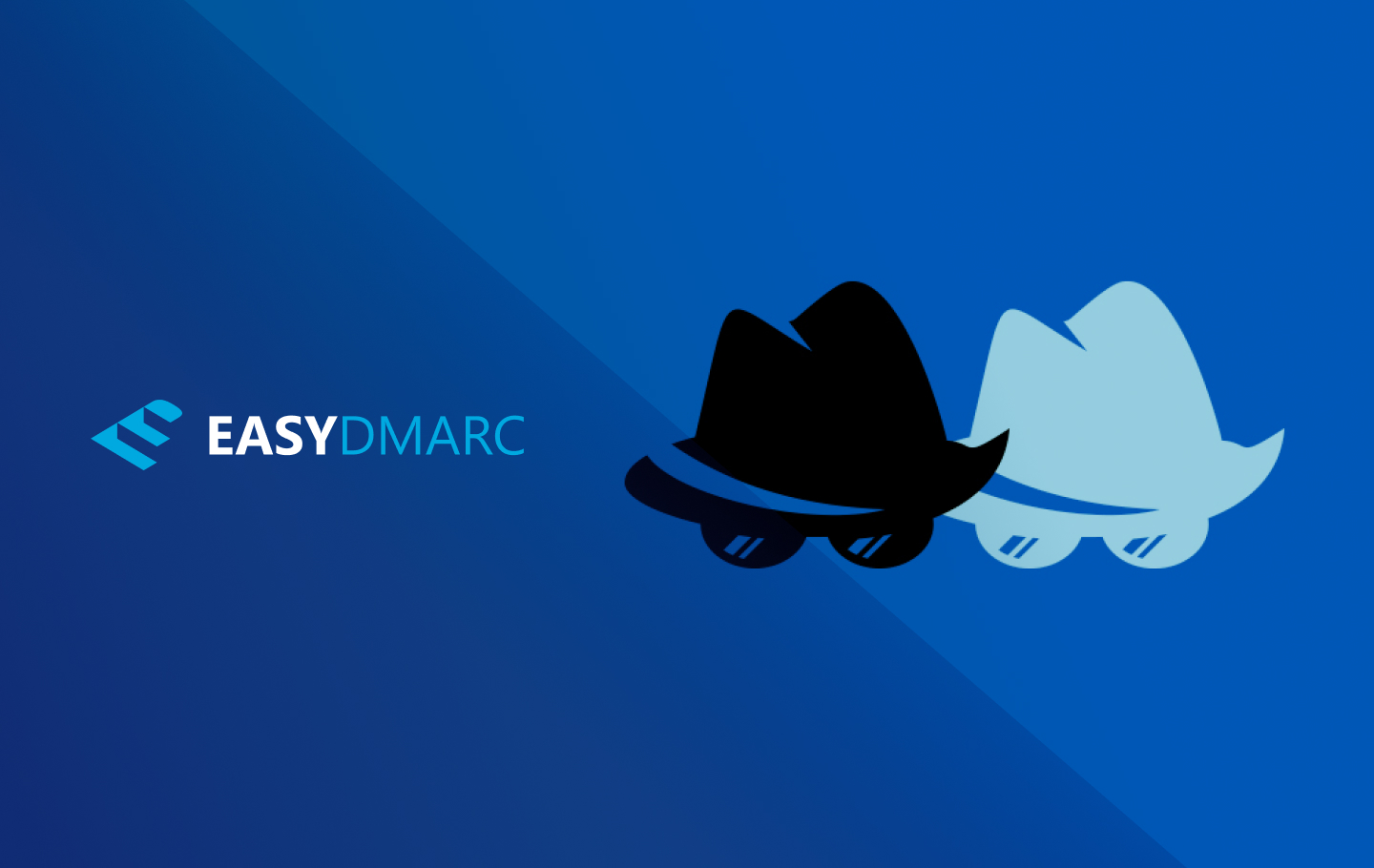 If you run a data-driven business, you likely have an informed idea about hackers. Most people usually link the term to shady actors lurking online. These are cybercriminals who are always looking to profit from their technical knowledge.

The fact is that such a black-and-white definition is outdated. There are many types of hackers out there, but people often confuse white hat vs. black hat hackers.

There’s also a third group referred to as gray hat hackers. In this blog post, we’ll focus on the difference between white and black hat hackers and their roles in cybersecurity. The unique differentiation comes from old-school western films.

Read on to find out the difference between white and black hat hackers, what they do, and some famous hackers from each side.

What are Black Hat Hackers?

Let’s dive in on the first side of hacking. What are black hat hackers? The cyber actors under this label carry the not-so-pleasant honor of being what most regular people consider a hacker. These people are criminals with technical skills that allow them to breach the security protocols of a system illegally.

Black hat hackers act based on personal motivation. Most of them exist to wreak havoc online, and some pursue their illegal activities from an ideological standpoint. Such is the case of the large conglomerate known as “Anonymous.”

The people inside this group typically perform attacks on organizations perceived by them as morally questionable. Some countries are rumored to have black hacker teams to disrupt the systems of perceived rivals, such as North Korea and Russia.

What Black Hat Hackers Do

Now we can discuss what black hat hacking is. Black hacking operations run like well-oiled machines in many regions of the world. There’s a complete infrastructure of people organized to run scams using multiple social engineering attacks.

Many black hat hackers are experts in human psychology. They understand the human mind and how most people react to specific situations, especially under urgent circumstances.

Most black hatter organizations are fully committed to running their scams 24/7. They work in setups similar to call centers, often pretending to be representatives of a reputable company. Once common tactic they use is by identifying non-existent problems in your systems to gain access and plant malware or scam people out of money.

Black hat hatters are well-versed in technology and how systems work. These criminals know how to use spoofing, multiple forms of malware, and other types of cyberattacks. They can exploit a system’s weaknesses to gain access.

They know how to forge a domain or create carefully crafted emails to defraud people and companies. You can find many black hat hackers’ websites designed to seem legitimate.

Astounding as it may seem, there are quite a few famous black hat hackers worldwide. Many of them have turned over a new leaf to become white hat hackers. Some of these folks knew how to raise a ruckus back in their day, creating chaos for many reputed companies. Here’s a quick list of some of them and their accomplishments:

Kevin Mitnick is a technical genius who understands coding like a native language. For two whole years, he went on a hacking spree, scamming millions of dollars from companies such as IBM, Motorola, and the U.S. National Defense warning system.

At some point, this man was the most wanted black hat hacker in the world. He went to jail a couple of times just to switch sides after his second term. Nowadays, he’s an accomplished cybersecurity expert.

In 1996, two kids named Mathew Bevan and Richard Pryce broke into the U.S. military network. They used the system as a proxy to infiltrate the (South) Korean Atomic Research Institute. They carried out their incursion when they were 21 and 17, respectively. To this date, they are known for being the youngest hackers to nearly cause a war.

Michael made a name for himself as a black hat hacker when he ran a series of DDoS attacks under Project Rivolta. He single-handedly brought down several websites such as Amazon, eBay, Yahoo, CNN, Dell computer systems, and more.

He made the mistake of bragging about his technical prowess in an IRC chat, but he only served eight months in jail because of his age.

Adrian Lamo has a funny motif among black hat hackers since he’s known as “The homeless hacker.” He went on a hacking spree in 2004 using a series of public networks such as the ones found in libraries and coffee shops.

He brought down many websites of powerful companies such as Citigroup, Bank of America, Microsoft, and The New York Times, among others. Age was his saving grace since he only received a fine of $65,000 and six months of house arrest. He also famously reported U.S. soldier Chelsea Manning for leaking sensitive data to Wikileaks.

Gary Mckinnon is well respected among the black hat hacker community for overpowering the U.S. military. The hacker allegedly carried out an aggressive attack that granted him access to 97 terminals in the Pentagon and NASA between 2001 and 2002. His alleged intent was to disrupt the weapon systems of the USA, which he did by deleting essential files and weapon logs. This incursion generated damages valued at $1 million.

What are White Hat Hackers?

On the other side of the coin we have white hat hackers. These folks are the antithesis of black hat hackers. They are commonly referred to as ethical hackers since they have as much knowledge about security systems as B.H. hackers, but they use their skills for good.

White hat hackers probe computer networks to find weaknesses in their security infrastructure and fix them. They use the same tools as black hat hackers to improve the security of any network. These cybersecurity pros know their way around social engineering and password attacks.

Most of them are proficient coders and understand how to use digital tools. White hackers are also experts in penetration testing. Their motivation is driven by the need to create safe environments on the internet.

What White Hat Hackers Do

Now that you know what white hat hackers are, it’s fair to understand what they do. A white hack hacker uses the same tricks and resources as black hat hackers, with the sole difference of doing it legally.

The difference between white and black hat hackers here is that the former tests systems and networks under the supervision of their owners. They look for weak points or discrepancies in codes that represent a potential threat.

White hack hackers usually work for cybersecurity firms. A few of them act as independent agents. These hackers keep open communication channels with I.T. departments to inform them about their findings. Sometimes they offer complete reports detailing how to fix every issue they find. When white hat hackers have the proper tools, they fix these issues themselves.

White hat hackers understand coding and programming better than your average security professional. They’re experts in all variations of penetration testing. These hackers can handle reconnaissance and research raids on your systems to find vulnerabilities in your physical I.T. infrastructure. They can even create honeypots used as a decoy to lure cyber actors who might have targeted your company.

Some of the most famous white hat hackers are people who’ve transitioned from black hat hackers to the legal side. Many are simply people with a massive fascination with how computing works. These folks have made a name for themselves in the cybersecurity industry, many of them by acting against cyberthreats. Most of them are still active to this day:

Greg Hoglund is very well known among white hat hackers, yet he’s probably the least-known name on the list. He’s the founder of HBGary, a cybersecurity firm that has worked with the U.S. government at all levels of intelligence gathering. This man likes to keep a low profile, but he’s the world’s leading authority in computer forensics and the use of Rootkits, with many books under his belt.

Tsutomu Shimomura gained notoriety for facing off against Kevin Mitnick when he was a black hat hacker. His most extraordinary claim to fame was devising the tools to help the FBI catch Mitnick. Since then, he’s become a recognized author telling his story about chasing Mitnick. He’s also known for working with other security agencies, such as the NSA, to increase security on cellular phone communications back in the early 2000s.

Charlie Miller is probably the most reputed white hack hacker on this list. This mathematical prodigy has worked with the National Security Agency. He’s the first man to hack both the iOS and Android operating systems. He has also worked with big-name startups such as Twitter and Uber to improve their security. Charlie is currently the lead engineer for autonomous transportation security at Didi Chuxing.

Dan Kaminsky is a legend among white hack hackers. The man passed away in 2021, but he’s always remembered for discovering security flaws in the public DNS and SSL protocols.

These flaws allowed black hat hackers to redirect requests from a website to spoofed sites. He worked at Cisco and IOActive, and finally went on his own to found WhiteOps; a cybersecurity firm focused on protecting companies.

Not every white hat hacker follows the law to the letter. Many simply believe in freedom of speech and accessibility to all media. That’s what inspired Jon Lech Johansen to program and release DeCSS software.

The program decodes and scrambles DVDs by removing protection codecs. The rest of the world expertly used the feature to access software and other forms of media using writable DVDs. He was tried for developing the software in Oslo, but the Electronic Frontier Foundation assisted his defense.

What are Gray Hat Hackers?

When you hear about gray hat hackers, you likely think of someone between both worlds. That’s not far off. The difference between white, black, and gray hat hackers is that gray hackers are looking to make a name for themselves.

Gray hat hackers rarely cross the line; they make their presence known by looking for vulnerabilities in any given system to report them to domain owners.

But they’re rarely appreciated for their work. Not many companies like unauthorized incursions in their data hubs. Many gray hat hackers think it’s their mission to make the world see how insecure the internet can be.

This motivates them to do some outlandish acts, such as breaking into networks or testing the limits of a security system. At most, they seek acknowledgment of their skills and raise awareness about data safety.

The Difference Between White, Black, and Gray Hat Hackers

Gray hat hackers are in the middle of both positions. They have the technical understanding to carry out attacks, but they’re always looking to raise awareness about the importance of cybersecurity.

White hat hackers offer their services to small companies and large corporations alike to reinforce their security protocols. Black hat hackers use every trick in the book to ensure they get what they want from their victims.

With so many actors playing their agendas online, it’s important to keep your data safe and secure. Communications are the best target for malicious actors. Emails are the most common means of communication these days, but not every message is safe.

You can change that by authenticating your domain with EasyDMARC. With DMARC implementation, you’re letting all your customers and business partners know you’re keeping safe communication channels.