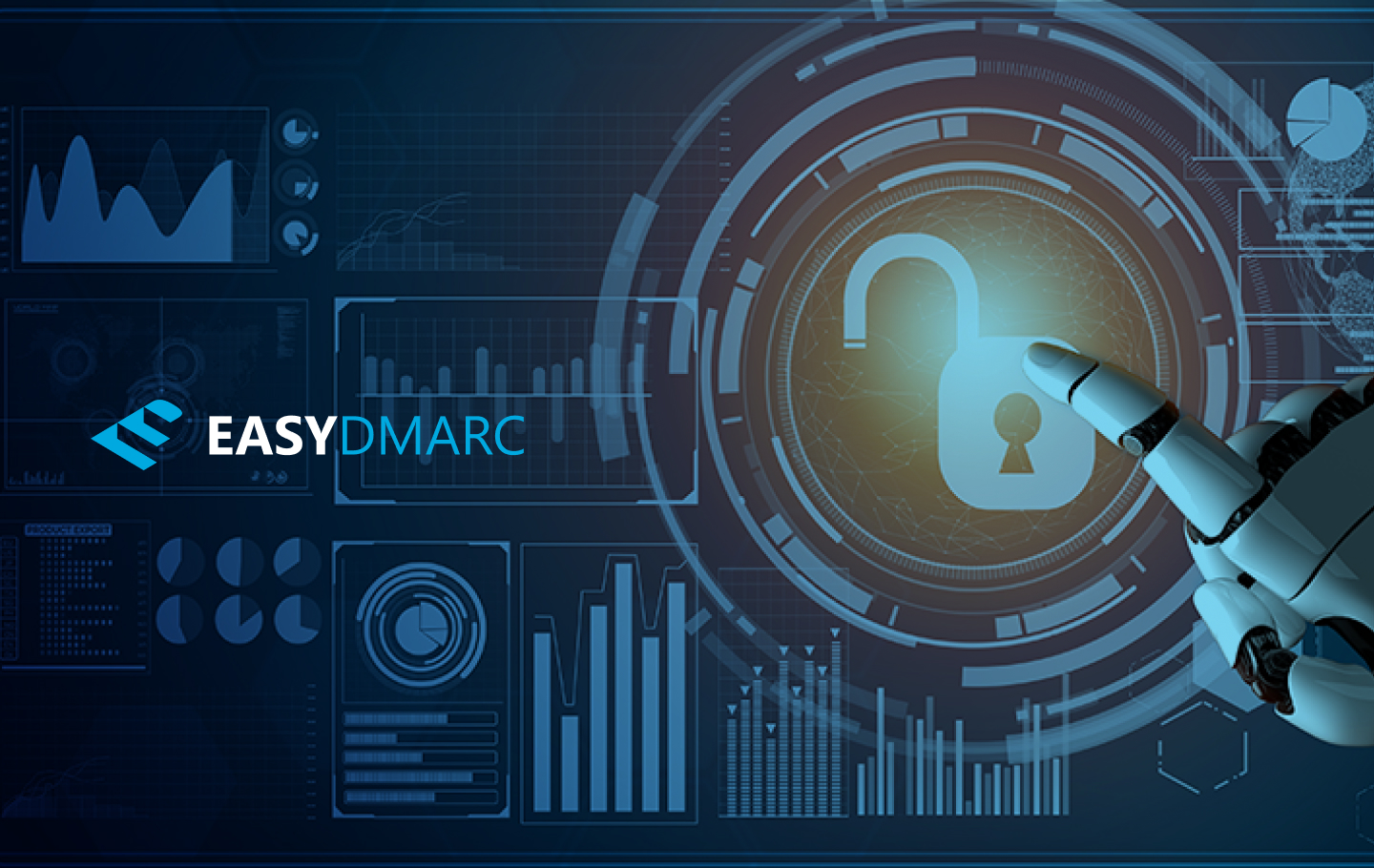 What are DDoS Botnets?

In November 2021, Microsoft mitigated a record-breaking 3.47 Tbps attack from a massive DDoS botnet operating across the United States, China, South Korea, India, and other nations. It lasted 15 minutes and targeted an Asia-based Azure customer.

This shows how sophisticated and dangerous the world of cybercrime has become. Even tech tycoons aren’t safe!

Incidents like this highlight the importance of understanding DDoS attacks and DDoS botnets. In this blog, you’ll learn all about these zombie networks and why they’re dangerous.

DDoS is short for ‘Distributed Denial-of-Service,’ a type of cyberattack used to overwhelm a server with malicious traffic. The goal? To shut down a website or web services temporarily or permanently.

So, how does a DDoS attack work? Hackers exploit devices with active internet connections by infecting them with malware to gain remote access—usually without the owners ever knowing. These contaminated devices are called bots, and a cluster of them is called botnet.

Let’s dig deeper to find out what a DDoS botnet is, what it does, and how to prevent your devices from the exploits of malicious actors.

What is a DDoS Botnet?

As stated above, a botnet is a network of malware-infected devices remotely controlled by threat actors to accomplish malicious activities. Hackers usually exploit these “robot networks” for spamming, spoofing, phishing, ransomware, and DDoS attacks.

Botnets used for DDoS attacks are called DDoS botnets. Cyberactors choose different types of malware depending on what industries they target for a particular episode. Some malware allow remote control, while others covertly steal or intercept data.

A malicious hacker who controls a botnet is called a bot herder or bot master. These days, tools used during a DDoS attack are readily available on the black market for less than $5, making such cybercrimes among the most popular.

How Does a DDoS Botnet Work?

A DDoS botnet executes a bot herder’s remote commands to launch distributed-denial-of-service assaults. Depending on what motivates a DDoS attack, such botnets can range in size from hundreds to thousands of bots.

Cyberactors know how to create botnets for DDoS attacks without ever being discovered or identified. So, how does a botnet or “zombie network” actually work?

DDoS botnet malware can either take complete control of an infected device (or bot), or it can run silently in the background awaiting commands from a bot herder.

Once infected, a device can even attempt to spread the botnet malware to other devices on the same network via self-propagation—the same way computer worms work.

A malware-infected device in this scenario can form part of a botnet and carry out malicious commands—all without the device owner ever knowing.

Using a centralized server (such as a device owned or infected by a bot herder), an attacker can easily update instructions and issue new commands. They can also change the functionality of each bot to adapt to a target system’s countermeasures as and when required.

That said, DDoS botnets with a primary server can be easily taken down by shutting down the server. Due to this vulnerability, some hackers opt for a model with multiple points-of-failure.

Botnet servers can communicate and cooperate with each other, allowing an individual or multiple bot herders to control a single botnet. This is known as a peer-to-peer (P2P) botnet model. Without a centralized server, P2P botnets have no single point-of-failure, making detection and mitigation difficult.

However, these decentralized botnets are also more vulnerable to outside control, so hackers usually encrypt them to limit access.

As most bot herders who know how to make a DDoS botnet function anonymously, not many of them are identifiable. Here are some of the commonly used ones:

The MrBlack botnet and DDoS attacks using it are quite common. It’s also called Trojan.Linux.Spike.A as it targets Linux operating systems. However, in some cases, it has attacked older Windows XP and Windows 2003 systems.

It works by connecting to a remote server sending system information, and receives commands from a bot herder to attempt a DDoS or DoS attack. It downloads a command file, executes the code, and terminates the process once control is gained.

Mirai, one of the most notorious DDoS botnets, scans IoT devices running on ARC processors found in Linux. It generally targets IoT devices like routers and IP cameras with default passwords.

They purportedly launched DDoS attacks against companies using the Mirai botnet and then reached out to them for paid mitigation solutions.

This DDoS botnet family periodically morphs and evolves and is mainly reported in China. Its malware connects to its C&C server through a TCP socket to transfer the targeted system’s information to its bot herder. In 2015, the botnet accounted for nearly 60% of all known botnet IPs.

With an estimated 2 million bots, it attacked over 300 websites, including the FBI, Twitter, and Paypal.  This zombie army is known to primarily affect computer users in India, Indonesia, Turkey, and Vietnam, among other countries.

With obfuscated C&C details, the Cyclone botnet is known for DDoS attacks like HTTP floods and SlowLoris attacks. It can eliminate other active bots on the targeted host and extract File Transfer Protocol (FTP) credentials.

Don’t Become a Part of a DDoS Botnet

The repercussions of different types of DDoS attacks are intense and sometimes irreversible. While knowing how to identify a DDoS attack is vital, so is protecting your devices from becoming bots.

Here are some ways to help you learn how to stop a DDoS botnet from infecting and exploiting your devices..

If a cyberactor tries to scan IP addresses looking for a responding device, they’ll attempt cracking the passwords of all the devices that answered back. With a weak or default password, your device is easier to hack and exploit.. However, if it’s strong, they’ll give up and scout for other vulnerable devices.

If you’ve got a smartphone model with software execution, only the allowed applications will work, and malicious or untrusted ones won’t be granted permission. The same applies to botnets. Hackers can only exploit devices when the supervisor software is compromised.

Although this makes IoT devices more secure; most of them lack this feature in the first place.

Wipe and Restore your System Periodically

Periodic restoration will help your system eliminate junk applications, files, and botnet malware. This even works on applications that covertly function and steal information on behalf of bot herders.

Start by filtering network routers and firewalls if you want to learn how to stop a botnet DDoS attack. Layering is the key to having a secure network structure.

There aren’t any restrictions around publically accessible resources, so strengthening your security protocols is essential.

Software like your browser, Adobe Flash, Adobe Reader, and Java are more prone to becoming botnets. Updating all software programs can lock out 65% of attacks.

That’s why you should never ignore update notifications. You can find several free and paid tools available online that automatically install trusted updates.

Use Antivirus and Antispyware

Only buy and install antivirus and antispyware programs from reputed providers. Never install free antivirus software as it will likely contain malware.

If you already have these solutions, keep them updated, patched, and activated at all times. Sometimes, bot malware deactivates them to go unnoticed.

Once you know what a DDoS attack is, it’s interesting to learn how DDoS botnets work. Botnets are a cluster of malware-infected devices called bots. Some popular ones include Mirai, Pushdo, MrBlack, and Nitol/IMDDoS/Avzhan/ChinaZ.

You can prevent your devices from becoming bots by regularly resetting passwords and using antivirus, antispyware, and firewall software. Update and patch them regularly to combat new exploitation techniques.