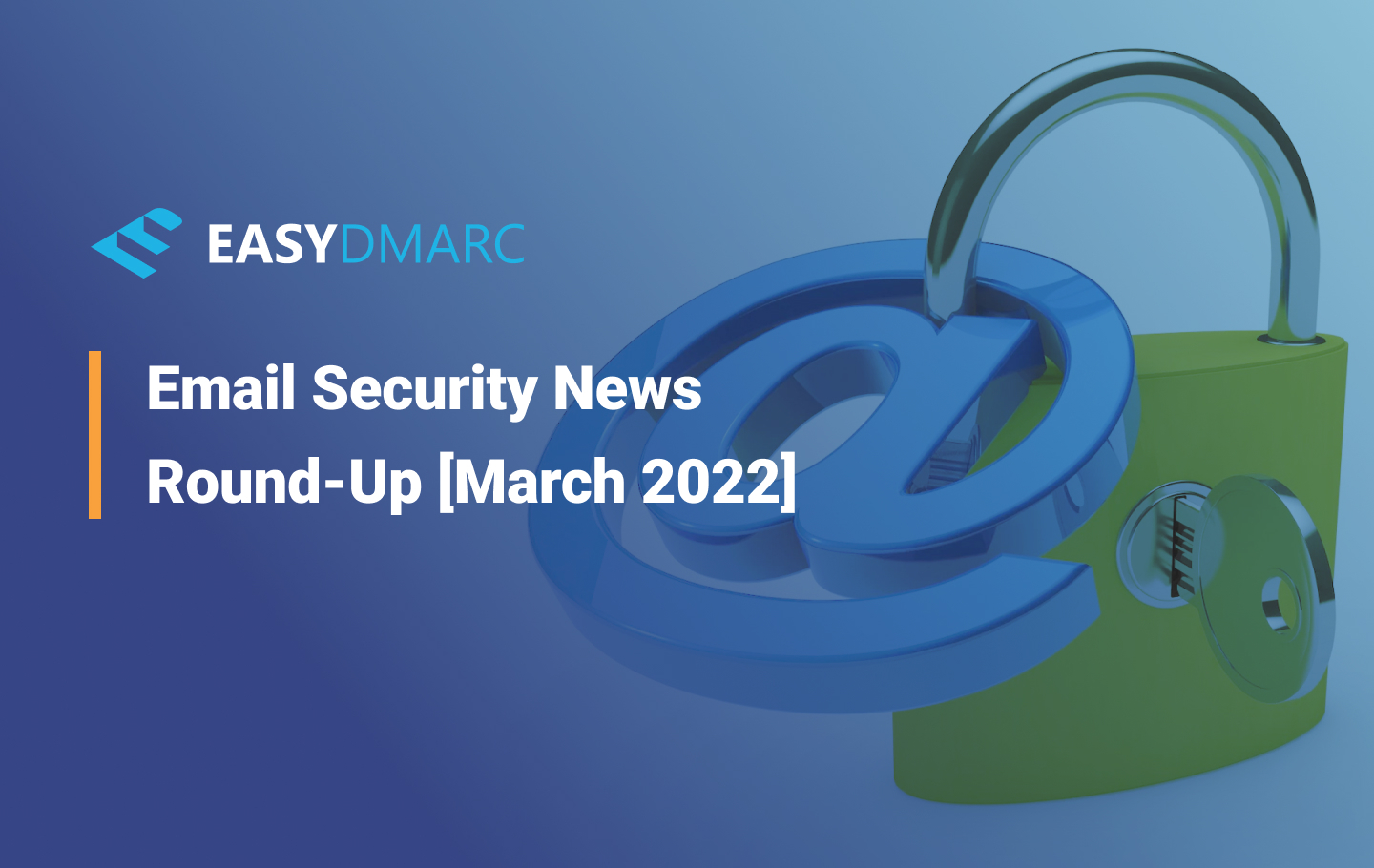 According to The European Union Agency for Cybersecurity, there was a 150% ransomware increase in 2021, which continues in 2022.

March was overwhelmed with the news of the Lapsus$ hacker group attacking large companies like Microsoft, Nvidia, EA, Samsung, Okta, etc. These attacks have resulted in tons of email security breach headlines and, of course, severe losses for the attacked organizations.

Microsoft announced the hackers stole source code, which included 45% of Bing, 90% of Bing Maps, and Cortana. The code contains 37GB for over 250 projects that belong to Microsoft. Cybercriminals could use sensitive data on employees and software certificates about the company.

Similarly, in other email security latest news, Nvidia became another target of the hacker group. The company didn’t announce what was stolen, but Lapsus$ claims it stole 1TB of Nvidia hardware and software data. The threat actors demanded that the company pay up in cryptocurrency to keep the data secret. Nvidia has not responded yet.

IcedID or BokBot is a modular banking trojan that targets users’ financial information and acts as a dropper for other malware and login credentials for online banking sessions.

After its initial attack, it used the stolen data to control banking accounts and automate fraudulent transactions. The most recent wave of thread hijacking began in mid-March this year, targeting businesses in the healthcare, legal, and pharmaceutical industries.

A generated response to a previous stolen email was used to persuade the victim to open the attachment, which is critical because it makes the social engineering attack much more credible.

Email security latest news like this one, again, proves how much a big company can suffer without proper protection.

Let’s continue the recap with some good cybersecurity news!

This is a historic investment of public spending on broadband deployment, leading to a significant increase in cybersecurity expenses. The Biden administration aims to increase internet access across U.S. rural areas and lower connection costs.

Biden has frequently laid out such plans to meet the need for development in technology and more powerful infrastructures.

In his statement on  the nation’s cybersecurity, Biden said that from day one, his administration has worked to strengthen the national cyber defenses, mandating extensive cybersecurity measures for the Federal Government and those critical infrastructure sectors where they have authority to do so.

Recently, a cybersecurity company has alerted the Google Play team about a malicious mobile application currently distributed on Google Play. About 100,000+ users have already downloaded it.

Hackers implanted an Android trojan called “Facestealer” in the application that uses social engineering to steal Facebook credentials. After this, they get full access to all the victims’ Facebook data, credit card details, private conversations, searches, etc.

This mobile application is on Google Play and third-party application stores. The app simulates the behaviors of a famous photo editing application to reach immense fame and hide its illicit actions.

After the State Bar was informed about the breach, an anonymous administrator for judyrecords.com said the records and others it planned to publish had been deleted.

An investigation aims to ascertain how judyrecords.com could get non-public records and display them on their public website.

Another email security news story is about the Completely Automated Public Turing test to tell Computers and Humans Apart, AKA CAPTCHA. These are cognitive tests that distinguish a human from a bot.

As you can see, the first quarter of 2022 is full of phishing attacks against large companies, malicious acts, data breaches, and hijacking of essential files.

Businesses need to assess cybersecurity and email security risks and educate themselves with the latest info to develop a cybersecurity strategy for today and the future.