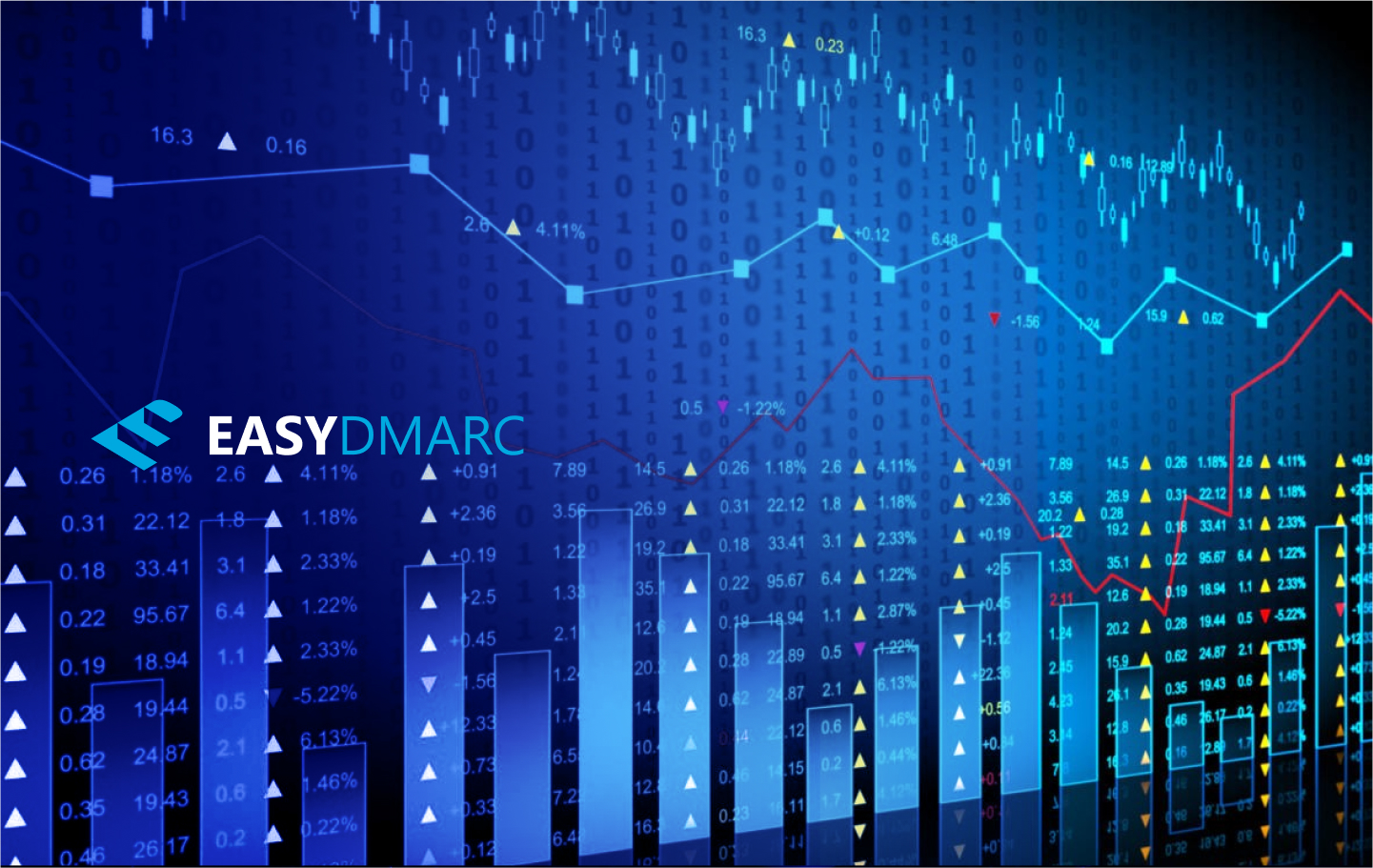 When the internet was created, security wasn’t the main focus in any corner of it. The ongoing evolution of technology has made significant progress in developing new security protocols to keep data safe and generate value for organizations

Still, many companies don’t understand what a data breach is, or even more so, the reputational cost of a data breach. All online ecosystems are built to work fast and efficiently, but it’s up to users to think about cybersecurity.

Many organizations only stop to think about the importance of Data Loss Prevention when they see a competitor being hit. They act on the likelihood of a similar attack and overlook the issues affecting other industries. This is a poor approach that could likely cost more in the long run. Data breaches must be evaluated beyond the way they affect specific niches. They need to be analyzed by their magnitude and overall economic impact.

We highlight the importance of data leak prevention because losing your data to a cyberattack brings about many issues. A data breach has the potential to ruin any business.

Nearly 60% of companies affected by a data breach are likely to go out of business due to reputational damage. Your customers, partners, and vendors suddenly won’t be so trusting anymore. Below we discuss why and how a data breach can ruin your business reputation and the severe issues you want to avoid.

How Much Does a Data Breach Cost?

According to IBM and the Ponemon Institute, the average data breach cost in 2021 was $4,24 million—10% more than the 2019 average, which was $3,86 million. The same report states how the healthcare industry has been the most affected over the years.

The Ponemon Institute has also taken a look at the education industry, where data breaches have doubled consistently since 2017. The average cost of a data breach can go as high as $200 per second. Some prime examples of this are the public school system in Texas and Cape Cod.

Cyber actors have also set their sights on higher education institutes such as the Stanford Graduate School of Business and the Medical College of Wisconsin. Both attacks left thousands of students and professors exposed.

IT teams aren’t exempt from being victimized by hackers, either. Their setbacks often derive from a lack of preparation and tools to deal with the situation. Some of the most notable attacks suffered by reputed platforms happened with an IT team. Yahoo! Was hit with a massive data breach where three billion user accounts were compromised. The adult site CAM4 suffered a server breach that leaked 10 billion records, including names and chat transcripts of all its users.

As you can see, the average cost of a cyber breach goes beyond money. A data breach affects your security and your right to privacy. It leaves you exposed to the world as a user.

As a company, the reputational cost of a data breach can hit you hard enough to set you back to square one. Your company’s future and brand reputation ride on your security strategy. That’s why taking steps to ensure proper cybersecurity is so important.

Cost Breakdown of a Data Breach

When considering the reputational cost of a data breach, it’s worth looking at each step required to soften the blow. Even with a solid data prevention strategy, your company can still fall victim to a cyberattack.

Data breaches can be costly as it is. That’s why making the right move in the aftermath is crucial. No matter how big or small, a data breach puts your brand reputation at stake.

So,  here are some vital actions to consider. How you deal with each one can dramatically influence public perception of your company.

Let customers know you’ve been the victim of a data leak. The highest cost of a data breach can start by not informing individuals that their data has been compromised. According to research by PCI Pal, 41% of consumers want a company to take responsibility in light of a data breach.

Check the extent of the damages, identify any ways you can help your customers, and send out a breach alert. That way, they’ll know what’s happened, how it affects them, and what you’re doing to rectify the situation.

If you wish to navigate the reputational cost of a data breach unscathed, you need professional help. Hire a PR team to evaluate every step your company needs to take to redeem your brand in the public eye. They’ll help you explain the extent of the breach and how to proceed with all parties concerned.

When assessing the cost of a data breach, regulators are likely to come knocking on your door. Be transparent. If you’re not truthful from the beginning, you’ll risk any chance of reputational redemption in the future. You may also be liable to pay regulatory and non-compliance fines. Do it with grace and humility. You don’t want to be perceived as anything other than truthful, humble, and apologetic at this stage.

Covering your back can legally improve your chances of salvaging the reputational cost of a data breach. The price can be hefty, but your brand can overcome the setback if you can afford it. Make sure your legal team is up to speed on data breaches and their legal implications, as well as any remedies at your disposal.

Small companies often rely on third parties to handle their IT infrastructure. If you own a larger company, you probably have an in-house IT department.

Either way, it’s best to hire an independent cybersecurity firm to review your IT infrastructure and understand how the breach happened. You’ll be in a much better position to salvage your business reputation when you’re armed with the facts.

Dealing with Disruption of Operations

Downtime can cost a company hundreds or even thousands of dollars. Every minute you stay offline, you lose money, and your brand looks increasingly vulnerable in the public eye. That’s why a solid DLP strategy, including backups, is so important.

If you run a public company, the narrative you build around any operational incident affects its performance in public. The reputational cost of a data breach can be impactful to the point of dipping your stock to meager points.

In 2018, Facebook’s stock tanked by 7%—a $43 billion loss after the infamous data breach incident involving Cambridge Analytica. Shareholders can look to exit their position, while short-sellers can profit from exploiting such an incident.

So far, we’ve discussed a few reasons why implementing t ways to prevent data loss is essential. Sadly, a data leak doesn’t end after it’s contained since you still have to deal with the aftermath.

The average cost of a data breach goes beyond the monetary aspect. Here are some of the problems you’ll have to deal with after the event:

Damage to Your Brand’s Name

The most painful reputational cost of a data breach is to see your brand take a nosedive in the public eye. Few companies can overcome the hit, most needing to rebrand or call it quits. According to a Forbes Insight Report, 46% of organizations suffered reputational damage due to a data breach. Large corporations have a better chance to withstand the blow, but it seems to depend on how they handle the incident.

When Uber was hit by a data breach in 2016, they chose to keep it secret and break numerous data laws and regulations. The details came out a year later, and customer perception dropped by 141% in the same period.

Target’s 2013 data breach also resulted in a damaged reputation and revenue loss but the retail franchise learnt a few things too. Years later, it has managed to gain back much of its brand image and customer loyalty.  Remember, how an organization responds to a data breach ultimately affects its public image.

The cost of a data breach includes the diminished trust of your clients, partners, employees, and vendors—both present and future. None of them see your business in the same light after a data breach. Many of them can choose to take their business somewhere else.

Data Loss Prevention quickly becomes a priority when considering how many customers you lose after a data breach. Many companies fail to recover their target audience after such an incident. In fact, 81% of consumers stop engaging with a brand altogether.

The highest data breach cost is having your trade secrets exposed to the world, especially your competitors. A data leak can oust all the specs of your products and people in the same industry can exploit the situation. The cost of getting your business back up and running can go beyond a simple redesign.

Data leak prevention plans keep insurance costs low for your company. The average cost of a data breach may include premium increases that can be hard to cover.. Even changing insurance companies can prove difficult if you’ve already gone public with a data leak.

The internet isn’t the safest place we’d like it to be. When you fail to keep the data of your customers, partners, and vendors safe, your business can go downhill. Your company is always exposed to data breaches, so you need a proper Data Loss Prevention plan to keep your digital assets safe.

Preparing for a data breach doesn’t mean you’re invulnerable to these events, though. Knowing what to do can help salvage your brand. Stay transparent, cover your back legally, and be ready to spend money on PR and legal teams. Remember, the way you respond to a data breach may affect your business reputation in the long run.