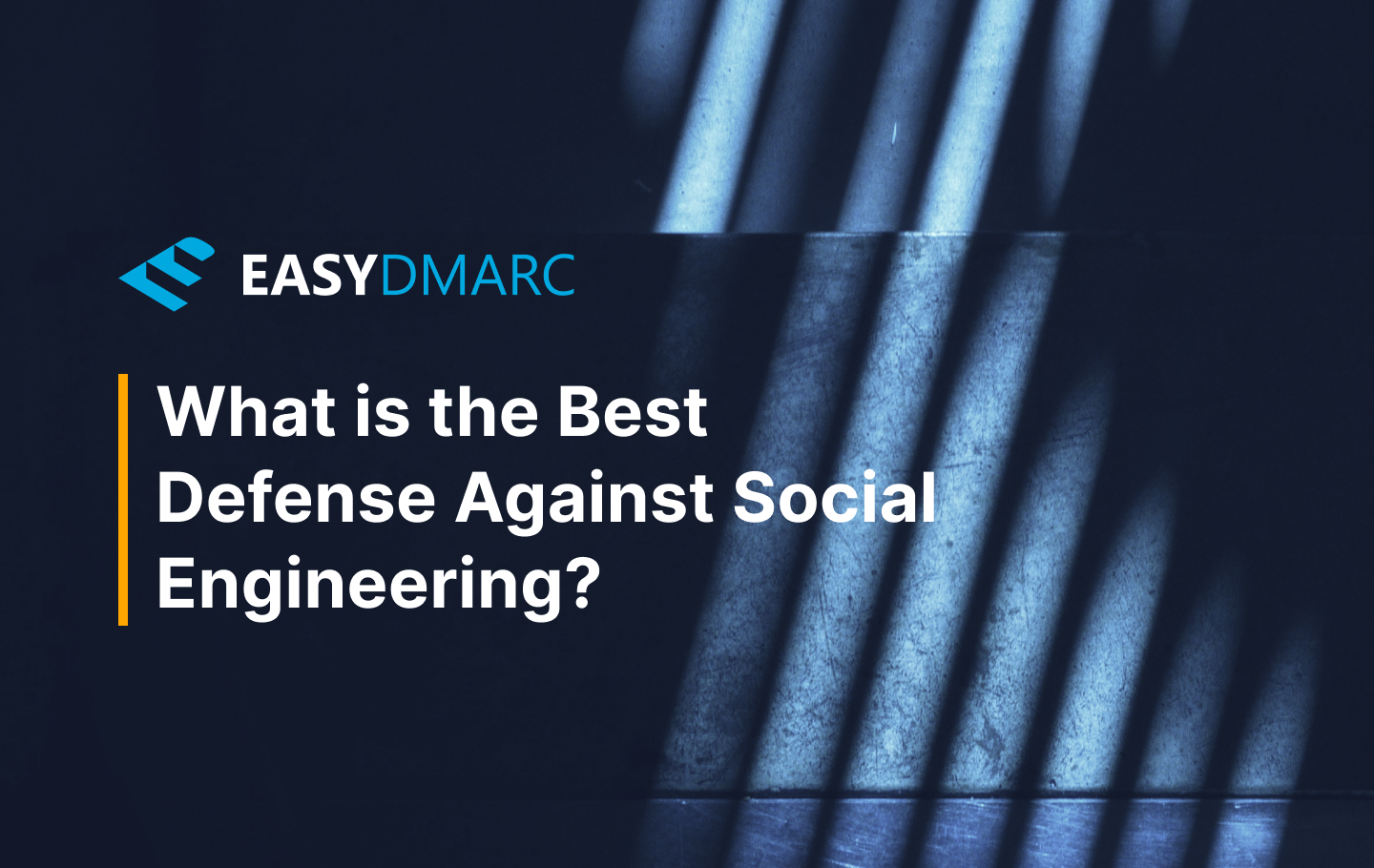 What Is the Best Defense Against Social Engineering?

The weakest point in a cybersecurity system’s defenses will always be, unfortunately, us. You can put up firewalls, encrypt data, and have precise protocols for how data is handled and transferred. But at the end of the day, the weakest component will always be where real humans interact with the system.

This human element is most commonly what hackers target. Since it’s the most vulnerable link in the chain, it’s where many focus their attack efforts. But that doesn’t mean that you’re powerless to strengthen the human component of your system. Educating your team and taking precautions on the matter can greatly improve your cybersecurity

So, what is the best defense against social engineering attacks? Read below to find out!

Train Everybody in Your Organization

Just because human error is always a problem for security systems doesn’t mean there’s nothing you can do to lessen it. One of the most vital ways to protect your company is to train and educate your employees on basic cybersecurity protocols.

Cover the basics, or go further in-depth. More often than not, the protocol isn’t broken out of malice. It’s broken due to a lack of understanding.

Ensuring your whole team is on the same page about the issue goes a long way in your defense against social engineering attacks. Some basic topics to cover include the following::

The best defense against social engineering attacks requires an understanding of what you’re protecting in the first place. Determine what’s most valuable to your company: incredibly sensitive documents, data integral to company projects, databases of personal information, etc.

These sorts of files should be handled with extreme care at all times. They’ll likely require additional protocols, training, and caution from employees interacting with them.

Policies and protocols are an absolute must. If you have a policy for everything in the world of cybersecurity, you’ll (hopefully) never have to worry about nasty surprises. On that same note, though, policies are pointless if your team doesn’t follow them to the letter.

Hold regular conferences, set up workshops, and develop guidelines on how to protect against social engineering attacks. Do whatever it takes to ensure your employees are fully aware of these policies so they adhere to them carefully.

Planned and methodical policies are a simple yet incredibly effective defense against social engineering attacks.  If you can get your team to follow these protocols precisely, you’ll greatly reduce your company’s risk of attacks.

The human component is the weakest part of a defense system. That’s not to say the other elements are impenetrable, though It’s absolutely vital to keep all defense and security systems up-to-date at all times.

These defenses are constantly evolving to combat new attack methods found on a regular basis. Keep your systems consistently updated to ensure yourself and your business’ utmost safety.

This seems like an obvious defense against social engineering attacks, but it’s important to really drill it home. Under no circumstances should you or your team release information to unfamiliar individuals or organizations.

Make certain your team is fully aware of official email addresses within the company to ensure they aren’t fooled by imitators. All team members must understand what information is appropriate for sharing with individuals outside the company and what info should be under lock and key.

You may find your employees posting photos on social media following a successful meeting or conference. Often, they don’t realize they are sharing important information with images like work boards or slides. When sharing images, it is advisable to remind them to remove the background from an image.

Besides data about your company, the personal information of team members must also be safeguarded. Even mundane details about what they’ve done recently, their interests, their connections, or their position within the company can be used to attain precious information about your business without your knowledge.

One of the best methods of defense against social engineering is placing limits on the access each team member has in the system. Controlling the entirety of the system is much more manageable when only one component is under threat.

Use administrator tools and various group managers to limit access, give control to individual users, and ultimately minimize damages in worst-case scenarios.

Watch Out for Pretexting and Strange Requests

“Pretexting” refers to the practice of hackers trying to build some small level of fundamental trust with their victims to make them more willing to release info. A common pretexting tactic is when an attacker impersonates someone the victim already knows to get them to lower their guard.

For example, you might receive emails or messages from the boss telling you they’ve been forced to send this from their personal phone, and they need a favor. The pretext could also be a message from someone claiming to have met you on a recent trip. Hackers typically use any vague information about your day-to-day life against you to make you feel more comfortable with their demands.

As a rule of thumb, if a message feels even slightly off, there’s a good chance you’re right. The best defense against this social engineering tactic?

Don’t open it, and don’t fulfill any “requests” or “favors” in the message. They’re most likely a thin facade for the attacker’s demands and goals.

So, what is the best defense against social engineering?

But primarily, it’s an educated and prepared team, a cautious company protocol, and a conscious effort to maintain common sense.

While a system with a human component can never be 100% foolproof, you can make it as airtight as possible and deter any social engineering attack attempts.