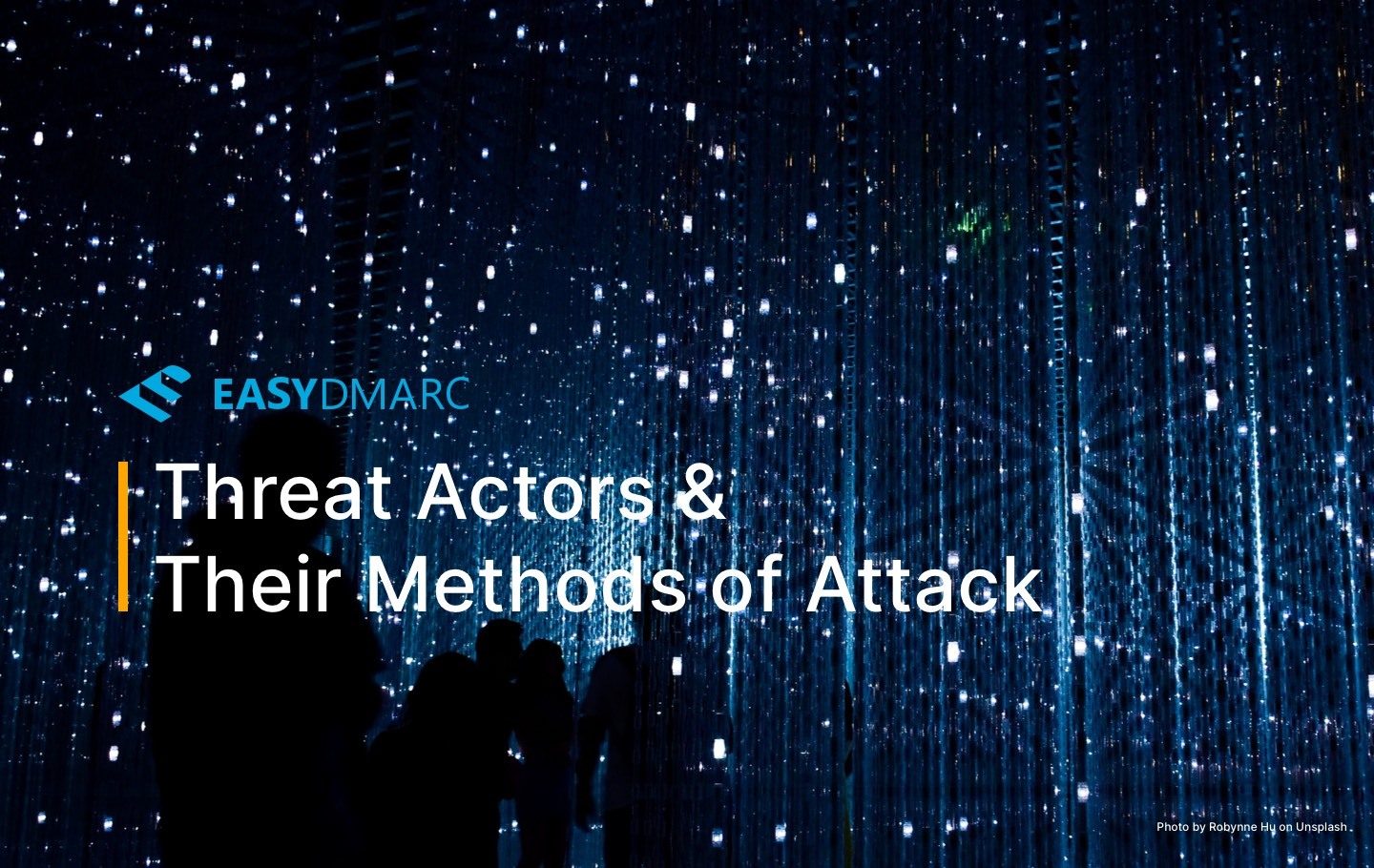 Data breaches have become commonplace, and any business and governmental organization can be a target. It’s become crucial to know the difference between threat actors, their motivation, and what you should expect. In module 1 we have discussed Cyber Threat terms that are helpful to know as well as what is a cyber attack.

Cyber Threat Actors and Their Motivations

Cyber threat actors are individuals or coordinated groups that attack people or organizations for personal, national, social, or political gain. Below, we cover the most prominent categories and their motivations.

What Tactics Do Cyber Threat Actors Use?

Cyber threat actors use various methods and attack types to steal their victims’ personal information, assets, or money. Attacks vary in what they target. Some attacks target software and hardware faults, while others exploit human vulnerabilities.

The latter category is called social engineering. To carry out the attack, the cybercriminal:

The threat actor makes it their goal to put you in a position where you act based on emotion. These include urgency prompts, making a quick decision, and heightened emotional state. It’s also typical for the message to be too good for the reality or offer help you didn’t ask for. One of the best examples of a social engineering attack is the notorious “Nigerian prince” that left you a pile of money.

Below are a few widespread social engineering attack types:

Another category of attacks doesn’t require the victim to take action. These include:

To this point, we were talking about methods of vulnerability exploitation. But what happens when the attacker gets into your device? Here are a few was the situation could develop:

As both software and hardware evolve, threat actors also develop new methods and tactics. Thus, businesses and individuals need to protect themselves against emerging threats actively. Go to the next module to learn more about recognizing a phishing attack when you see it.