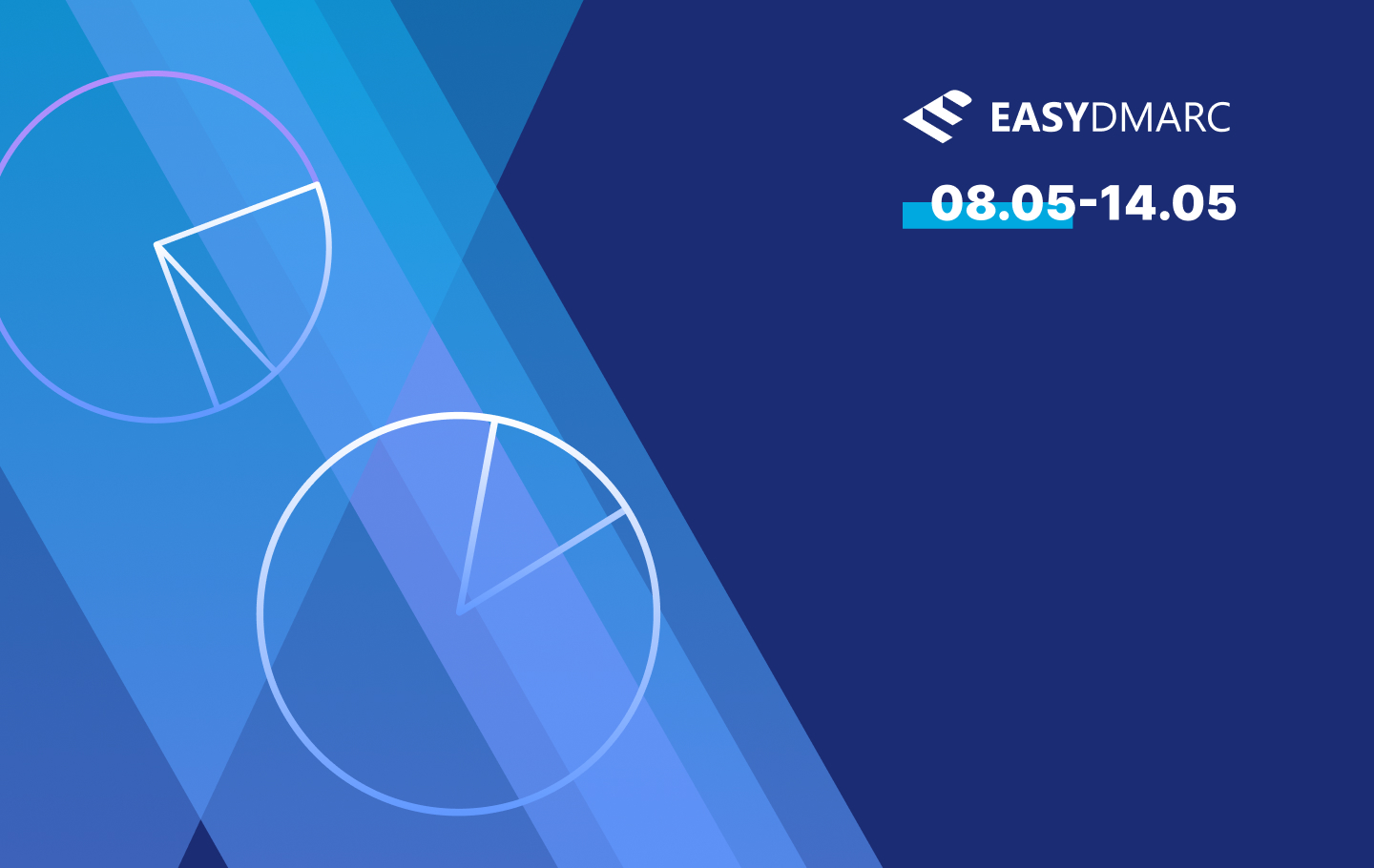 The second week of May is now behind us, so we want to look back on the significant cybersecurity news and data breach headlines that happened.

We have chosen the most important cybersecurity news and email security breach news and represented them in our article.

On Monday, May 9, hackers hijacked Russia’s cable and satellite TV stations and flashed “No to war,” “blood on your hands,” and other slogans during the Victory Parade.

The cyber group “Anonymous” was one of those sharing videos of the TV hack early that day, yet they never took direct credit for it.

Experts connect the group with the attack because the group was very vocal about the Russian government’s actions. On February 25, “Anonymous” declared a “cyberwar” against the country due to Russia’s aggression in Ukraine. The hacking group claimed to have taken down several Russian state websites ever since.

Viewing the attack against the backdrop of Russia’s restrictive laws against journalists, it all makes more sense. As you probably remember, at the beginning of the war, a new law was passed, stating that journalists who opposed the official reel of the Russian government would face 15 years in prison. These events caused many foreign journalists and major news networks to flee from Russia.

The media representatives simply denied broadcasting from Russia after Moscow moved to imprison journalists for any anti-government or anti-Russian claims. Now, reclaiming the media seems rather ironic.

In its Telegram channel, Rutube shared a thought about what could be the goal of the threat actors in hacking into their system. They said someone wanted to stop RuTube from showing the victory parade and fireworks.

The threat group members claim the attack was quite severe. It crippled the RuTube infrastructure and databases of the main version (about 75%), backup, and cluster (about 90%). As Anonymous stated, this attack could cause RuTube to be gone forever. The recovery of the website will take longer than expected.

RuTube came back online on Wednesday afternoon, but it still loads slowly. It’s not clear when the website will restore full service.

The U.S. State Department has announced rewards of up to $10 million for any information about the key individuals part of the Conti cybercrime gang. Only the victim payouts exceeded $150 million.

Conti is a Russia-based transnational crime group that, according to January 2022, has victimized over 1,000 organizations.

The department is also offering another $5 million for espionage data that could help them hold accountable the individuals attempting to work with the group in a ransomware attack. The U.S. government is famous for offering rewards to disrupt transnational organized crime globally.

Conti and Gold Ulrick’s partnership is one of the most prolific ransomware attacks globally.

In February, Conti publicly sided with Russia, and after that, the ransomware gang’s internal chats and source code leaked online.

As you can see, this week’s loudest email security news headlines were predominantly Russia-related. Still, email security breaches know no borders. We need to assume that everything we do in cyberspace may compromise our identity, data, and privacy.

Thus, we need to remind you once again to take control of your security now, so you don’t have to face the consequences of recovering your stolen data later.