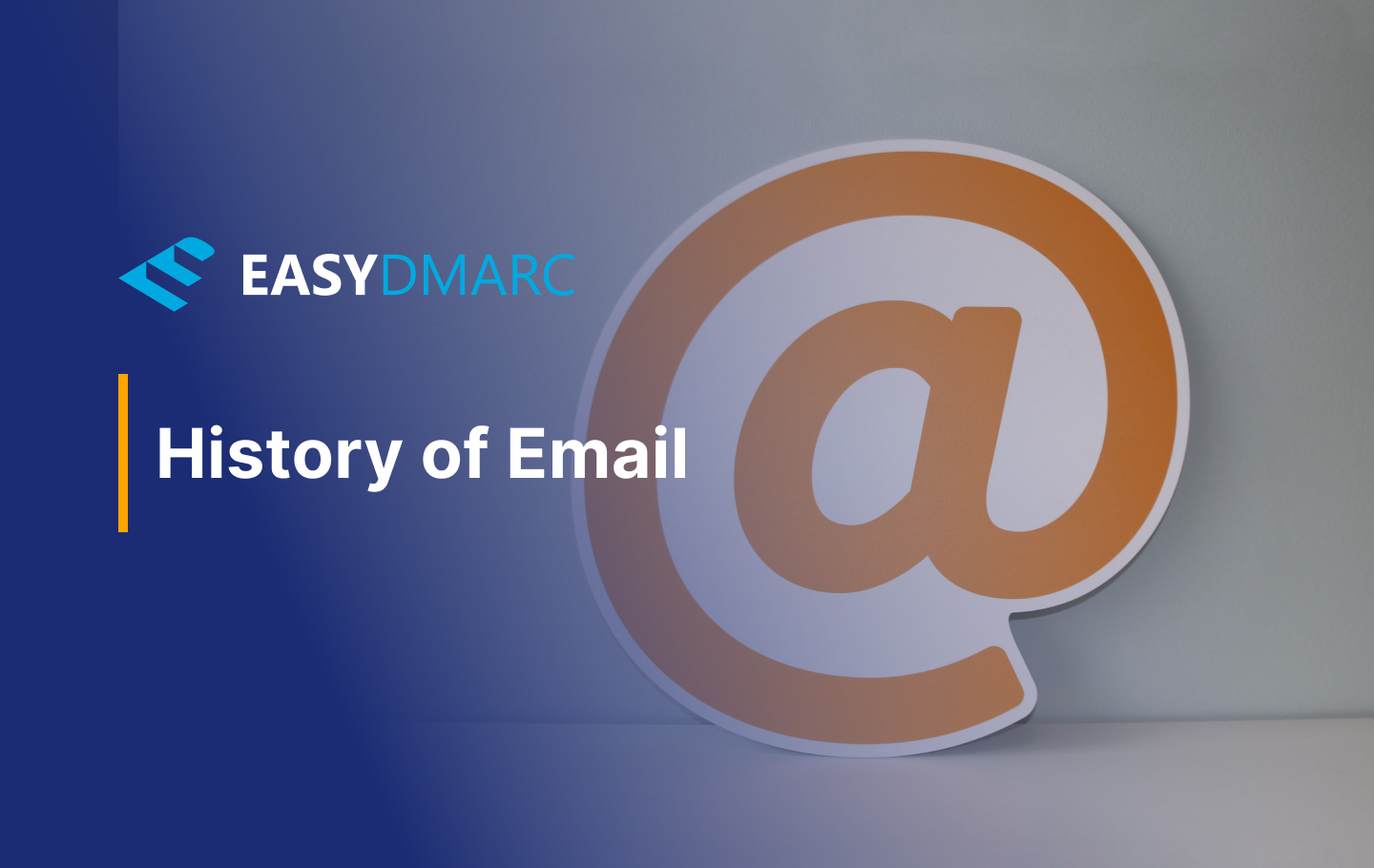 The History of Email

Fifty years might be half a lifetime for a person, but it’s a heartbeat in the history of technology. The history of email isn’t a long one, but it has managed to impact the world in a way you wouldn’t imagine possible a few decades ago.

2021 marked the half-a-decade anniversary of the history of email communication, so we dedicate this article to the great changes brought about by email and its fantastic path throughout the past fifty years.

We’ve put together a short history of email with a timeline, the first email service, and many other interesting facts like who invented email. Ready? Let’s dive in!

Communication is as essential as air and water for some professions. Nowadays, leaving messages and sharing files might be natural and even mundane. Still, don’t take this one for granted. The brightest minds had to work hard to invent a way to communicate electronically and collaborate in the mid-1960s. So, when was email developed? Let’s take a look.

Email Used to Be Strictly Academic

Researchers at the Massachusetts Institute of Technology (MIT) invented electronic messaging for internal use. This was the first email service, but it wasn’t anything like we call email today. The purpose and use-case here were strictly academic.

First of all, it only worked for researchers within the university, and no outsiders could use it. Secondly, sharing peer-to-peer wasn’t possible. You could only use remote terminals to leave messages stored on a central disk.

Email Gets its Peer-to-Peer Nature

It took almost four years (1973-1977) to get the standard structure of the message in order. The “To” and “From” fields and forwarding capabilities were introduced.

The first emails of mass impact were rare and eventful, carrying distant fascination from the general public. For example, in 1976, Queen Elizabeth II became the first-ever head of a country to communicate using email.

The first marketing campaign reached users in 1978, when Gary Thuerk, the “father of email marketing,” sent out an announcement to 300+ addresses. This blast sold $13 million worth of computers for Digital Equipment Corporation, a company that would later go out of business in 1998. Although we call it the “first email campaign,” categorizing it as spam would be more accurate, as the recipients didn’t agree to receive the message.

The rise of email didn’t happen overnight. Masses only saw the communication form as we know it with the invention of a consumer product like Microsoft Mail. It was released for Mac OS and AppleTalk Network users in 1988. With the second release in 1991, the program covered DOS and Windows users.

Email Gets an Attachment

Initially, the transferred electronic letter could only carry text. More than twenty years after the first email service, email took a new turn. In 1992, attachments became the new sexy. While they seemed fantastic, the inbox infrastructure still wasn’t ready for this change. Attachments filled up the space immediately, and you weren’t able to accept anything before deleting previous messages.

Email Rolls Out Into the World

Microsoft Mail was a pioneer in this field, but obviously, it didn’t stop there. New mailboxes came about one after another. Microsoft Outlook saw the light of day in 1993, Hotmail launched in 1996, Yahoo Mail and Gmail came after that.

The convenience of email and the possibility of accessible communication with coworkers and family members influenced large-scale adoption. Email, as social media in our age, spread due to the “network effect.” Everybody and their mom had it, so it became fashionable.

This was when the importance of keeping it secure grew from a minor worry to an organization-level concern. Still, protecting yourself from phishing attacks and spam remained a proactive learning experience on a personal and company training level. Although differentiating a phishing email from a legitimate one and not engaging with it is possible, businesses cannot rely on the constant attention of their employees.

Arriving on mobile devices starting with BlackBerry in 2003, email invaded the handheld world. In the beginning, this only impacted professional correspondence. Still, people started getting used to having the communication method everywhere they went.

While a few other consumer smartphones had limited email support, the iPhone was the real catalyst for worldwide mobile email adoption and yet another step in the history of email.

However, at some point, full inboxes started becoming a nuisance, sometimes even a burden. At this stage, not keeping a specific habit and email hygiene would turn your mailbox into a trash pile burying priority messages.

You might remember the time when unsubscribing from mailing lists became a particular type of heroic tale that took over YouTube videos and shaped the so-called digital minimalism culture. The Zero-inbox approach became the staple of dealing with incoming messages.

This brought forth a separate business. New email clients emerged to allow fast archiving and message sorting. Even services like Unroll.Me and Leave Me Alone were created to let you unsubscribe from subscription lists quickly and in bulk.

In addition to the emails you’ve subscribed to, you might also be getting a lot of spam. While as a recipient, you have to recognize unauthorized mail, it’s also crucial for the sender to think about the security of the piece of communication they transfer.

While getting dozens of letters or opening a spam link as an individual is one thing, falling prey to impostors as a company is plain dangerous for the whole business. It’s easy to obtain bad cred if you can’t protect and authenticate your outbound emails.

The fight for a safer email environment started with SPF and DKIM protocols. Now, Domain-Based Message Authentication, Reporting, and Conformance (DMARC) adoption is also advancing (although not fast enough).

With so many messaging and video call options that flooded the market, many people thought email usage would slow down and eventually die. Still, according to worldwide statistics, the number of email users only shows signs of growing.

According to Statista projections, in 2022, the number of sent and received emails per day will surpass 333.2 billion, while it’ll reach 376.4 billion by 2025. This stat shows an extraordinary growth of around 43.2 billion messages daily.

In 2020, a report estimated the value of the global email marketing niche at $7.5 billion. This figure is expected to double, reaching $17.9 billion. Can you count the zeros and see how different that is compared to the $13 million of the first “email campaign” by Gary Thuerk?

With the projected growth, protecting your domain, company, and even personal inbox should be a priority. Phishing and spam are still going strong, and they’re the gateway to personal and company data.

No doubt, email has become an important medium of communication and an undetachable part of our lives. At the same time, it harbors an environment of mistrust and caution. How many Nigerian princes should we “feed” until the world realizes the importance of proper email protection tools and email hygiene?

Now that we’ve talked about the brief history of email, let’s see what the future of email holds for us.

While data leaks are becoming common, most companies may not be using the most optimal methods and tools they can apply to protect digital assets and customer information. For example, cybersecurity and messaging professionals rush to protect an environment from inbound email attacks but fall short when considering outbound email protection as well.

As previously mentioned, DMARC is a globally-adopted standard that gives organizations visibility of email generated against their domains. It empowers them to instruct mail handlers on which email is authorized, and which they should reject.

At EasyDMARC, we provide the tools necessary to implement DMARC and monitor it on an ongoing basis. We work hard to restore trust in email and bring back peace to your employees’ email interactions.