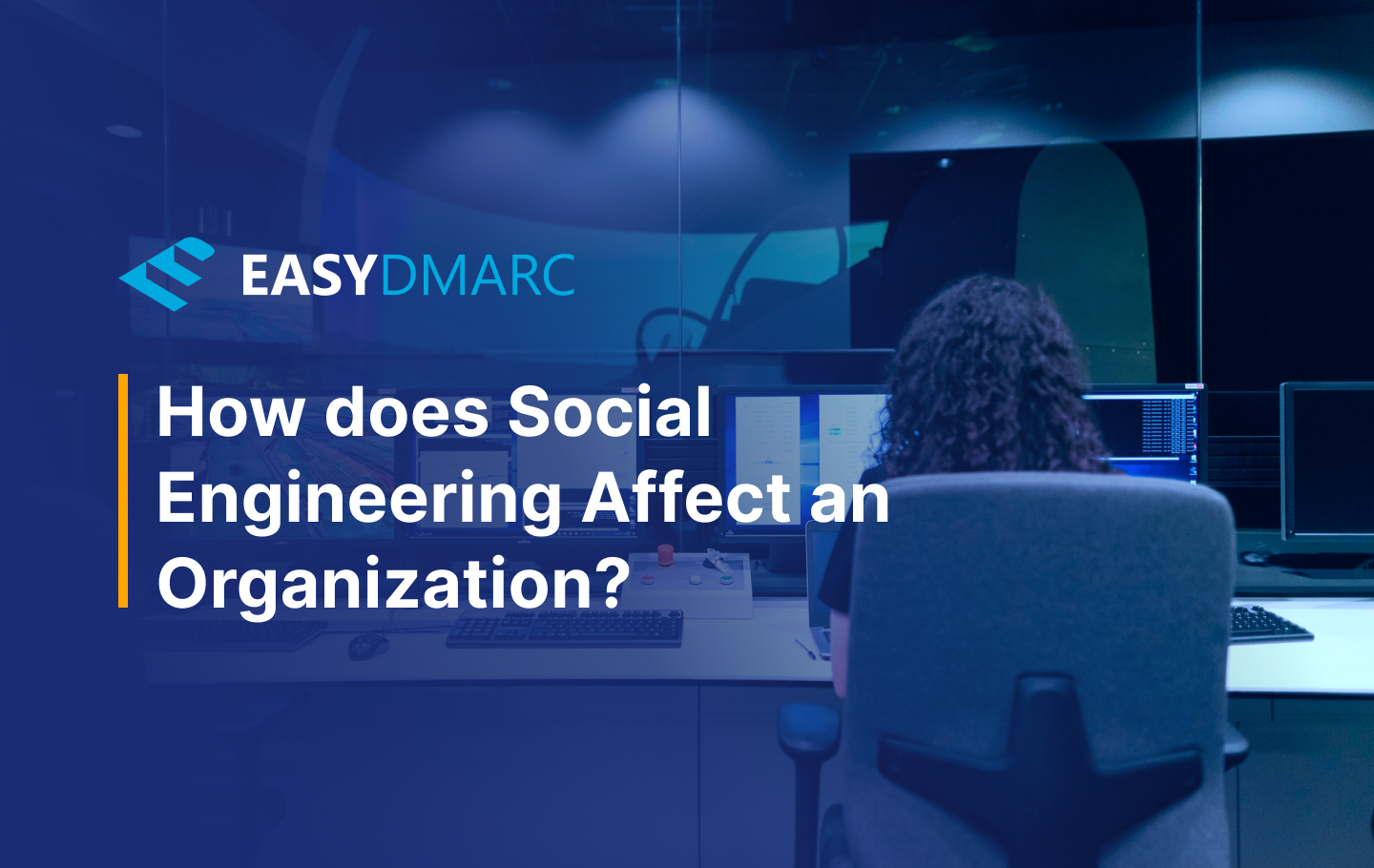 How Does Social Engineering Affect an Organization?

Social engineering is a method of hacking that focuses on attacking the human element of a system.

While technology changes and grows, human nature reliably stays the same. For this reason, more and more hackers target the human part of the equation in a company’s security rather than the systems themselves. There are many different methods t hackers use to do  this: baiting, quid pro quos, spear phishing, and tailgating, to name a few.

Below, we’ll cover how different types of social engineering attacks affect businesses and what you can do to make sure you’re not caught by surprise.

Read on to find out how to protect yourself and your company from the effects of social engineering.

The impact of social engineering on business starts with reputation. While a loss of company data can be devastating, few things are as difficult to recover as good faith from clients. But how can hackers have such a radical effect on customer perception? While almost any form of social engineering technique can damage reputation, we’ll focus on a few specific examples that have some of the most lasting consequences.

Getting Hit by Ransomware

The impact of social engineering on business often stems from malware. Particularly malware that hackers profit from, such as ransomware. This kind of software is made with a singular goal in mind: to infect, encrypt, and hold files for ransom.

The company is given the choice of paying a fee to restore their precious files or see them lost forever. While this is already devastating enough on its own, its effects on a company’s reputation can be everlasting.

Once it’s made public that an organization caved to ransomware, the company loses its hard-gained trust with current clients and potential leads. Sure, events like this typically inspire greater efforts in security, but the damage is already done, and bouncing back takes more than recovering lost data.

The solution to avoid such an attack? Backups and consistent maintenance of where important data is stored. Make sure that the most sensitive information is highly protected, and ensure that all precious or valuable data is properly backed up.

The watering hole attack also uses social engineering and its impact on business can be severe.

This attack essentially compromises an organization’s frequently-visited websites,  using them as a nest to spread infection. If a company’s own website is on the list, the damage extends beyond the organization, reaching existing and potential clients.

Watering hole attacks can be difficult to prevent. Protect your company by keeping your system’s security updated. Respond quickly to strange occurrences on frequently-visited sites to minimize damages, too.

Most attacks, if severe enough, make it impossible to simply go about your usual business day. Some level of maintenance and cleanup will be essential. However, certain attacks, specifically those that require a great deal of investigation, can destroy company productivity.

Pretexting, phishing, baiting, and similar attacks all fit this bill. Whenever a specific employee is targeted in an attack, an investigation needs to occur. Which employee opened the message or clicked the faulty link? How did the attacker get info on them in the first place, and why did they target them? How can you prevent this from happening in the future?

All of these questions must be answered before business can resume as normal. But how can you take steps to prevent these social engineering attacks in the future?

For one, employee education is probably the biggest step in the right direction. Ensuring that your team is fully informed about what and what not to do when faced with unfamiliar or suspicious messages is a must.

Organize meetings, guidelines, and protocols that can be followed to the letter. This mitigates uncertainty and rash actions from employees when they’re targeted by these attacks.

Reputation and productivity are important, but companies operate for profit. Losing money can be one deadly impact of social engineering on business.

Any social engineering attack can cause a company financial losses. This is due to the selling of precious information on black markets, as well as the impacts that naturally come with losing public trust. If your clients lose faith in you due to a security breach and data loss, you’ll lose business. It’s as simple as that.

However, there are more direct means that attackers use to strip a company of funds, such as with ransomware or a quid pro quo attack – any social engineering method where attackers expect a “trade” with the company in question.

They’ll make threats to leak or sell information, corrupt data, etc. The only way for the company to recover its data is to succumb to the attacker’s demands, often paying a fee. In the past, these trades have cost companies millions of dollars and oftentimes didn’t even guarantee the safety of the ransomed data.

While it may seem tempting to give in to such demands and make the trade, it’s generally not advisable to pay the attackers. Still, sometimes companies don’t have a choice in the matter and will do anything necessary for the chance to recover their data, often appeasing the attacker.

The social engineering impact on business goes beyond work productivity alone. Disrupting operations is common, and sometimes much worse. Just about any attack has some effect on company operations. However, the ones that often cause the most disruption and mayhem are those that corrupt systems and sites.

Nothing makes for an unproductive work week like having to pull apart systems and files to scrub them clean. Sometimes, company websites are put offline just to keep the infection from spreading.

The consequences of these malicious software attacks can be absolutely devastating. Operations won’t just be disrupted; they’ll be outright halted in many cases. The best way to prevent social engineering attacks is to make sure you have plenty of security systems in place.

Keep them regularly updated at all times for peak performance to protect against the latest attack types. And, of course, be careful what files you and your team download.

The effects of social engineering can go beyond lost files and stolen data. Various attack types can disrupt a company, cause financial loss, and result in a bad name for the organization. That’s why it’s so imperative that you and your team are well-versed in preparing, identifying, preventing, and dealing with social engineering attacks.

Have protocols, standards, and guidelines in place to prevent your business from falling for social engineering attacks. Otherwise, the damage of such an attack can run rampant, and the effects on the company’s health can be catastrophic.